CANCELED (will be rescheduled) Dr. Trisha Wittkopp, University of Michigan 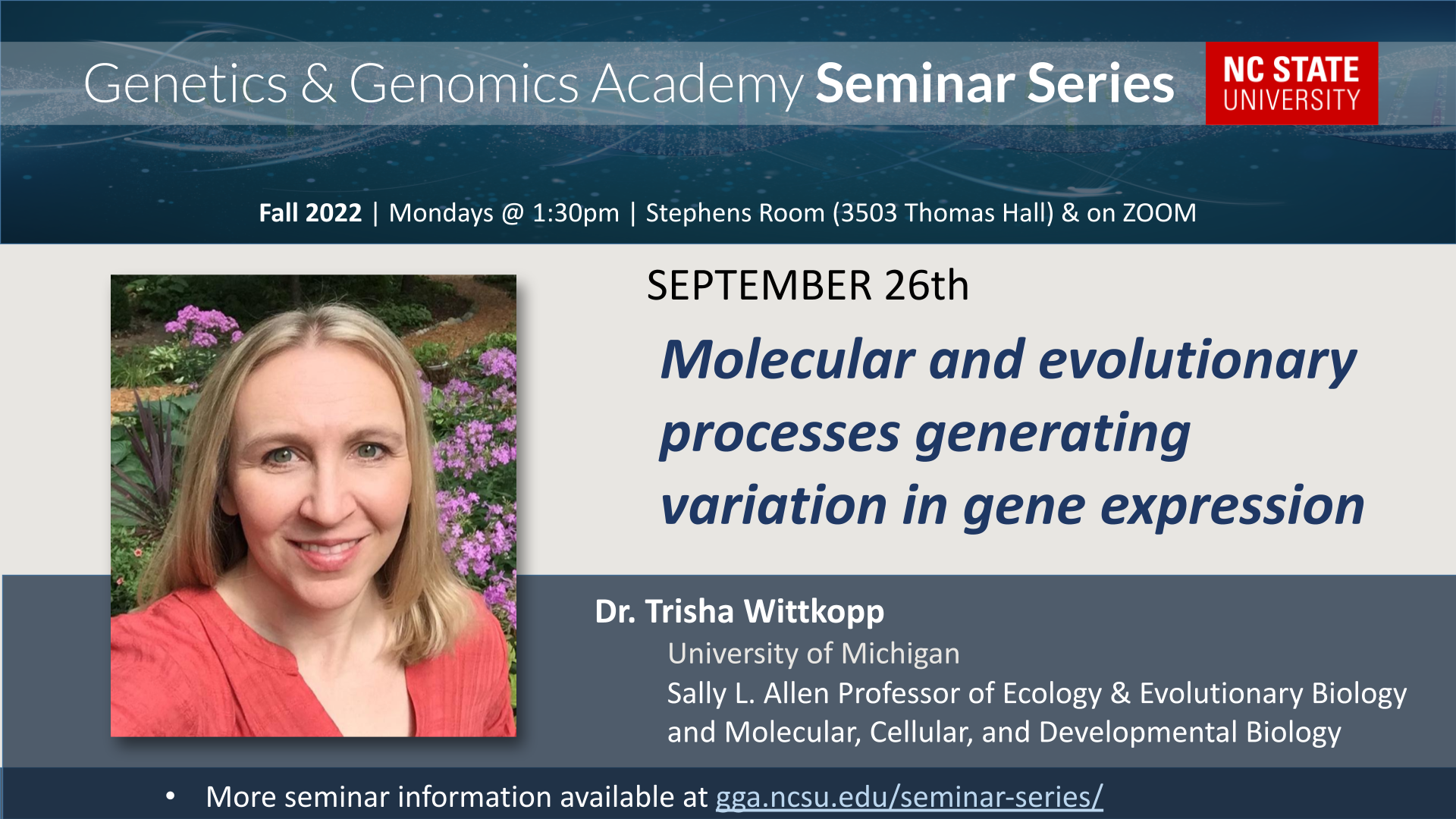 This event has been canceled and will likely be rescheduled in the Spring.